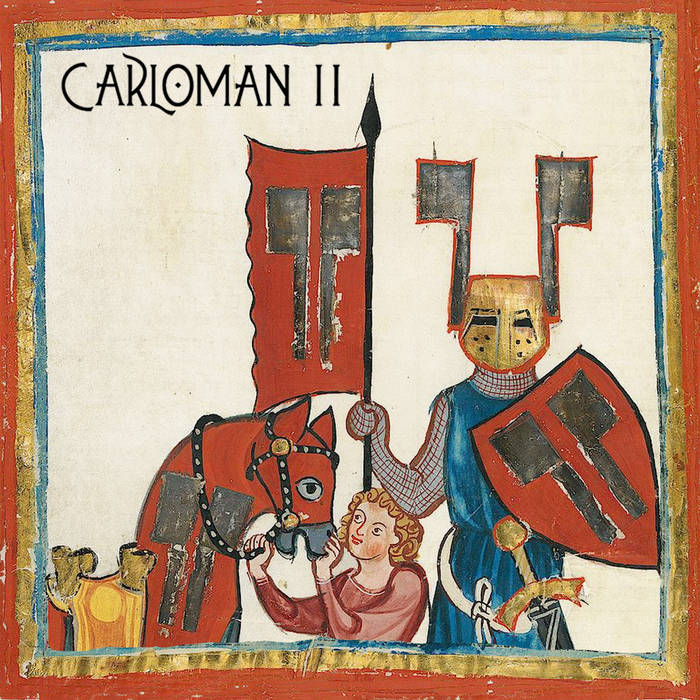 firelion200 Such a unique and amazing experience, I don't know any other albums which come close to this. Favorite track: Blend Into Blue.

Fuyu Graycen Chett Chetterfield made me find this album, it's AMAZING Favorite track: Blend Into Blue.

chosenunbread I have lived my life up until discovering this artist with a longing for the atmospheric tones of Carloman that I had no idea I felt. All of the songs on this album concatenate into a rich atmosphere, like you're in a vast and naturally lit medieval castle—at least, that's how I feel when I'm enthralled by the fey sounds of the many epic tales of Carloman II. Favorite track: L'Avant Garde.

*Caveat emptor* CARLOMAN II is a tale packed with betrayal, hubris, love, and gratuitous eunuchising. It is an antihero's tragic journey into far away lands rich with beasts and brigands, sand and sea, injury and intoxication. Some have compared Carloman II's journey to that of Super Mario II -- those peasants have been dealt with. They are now on a long journey of their own.

CARLOMAN II was released on 12/12/2013, in honor of the 1,129th anniversary of the death of our beloved medieval monarch, Carloman II.

An ancient story of bestiary, religious and political strife drowned in the deafening whispers of tortured souls tumbling through bile and chaos into the beautiful nausea that is the world of Carloman...

Bandcamp Daily  your guide to the world of Bandcamp